Walking around Whitby at lunchtime was more about avoiding others than searching for that crab sandwich I had thought about the evening before. The place was heaving. Even in the rain. I could feel myself getting grumpy so it was a relief to make our way up the famous 199 steps to the Abbey and then to the open space beyond. The crab sandwich proved to be as elusive to us as did the creatures themselves to the children dangling bait in the harbour, and presumably to the crab fishermen. Fresh crab was off the menu. 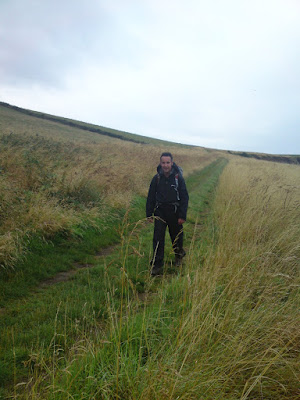 What was on today's menu as it were, was rain which slackened to drizzly showers by the time we reached Robin Hood's Bay. It was refreshing though. After the hot weather we have had up till now, Bryn and I were agreed that the change was a welcome one.

I'd be happy for it to change back again tomorrow though. 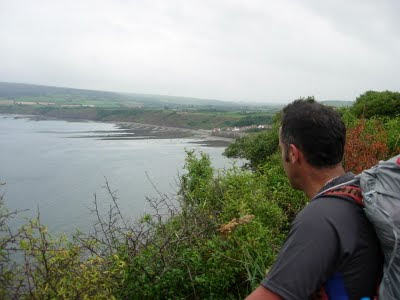