Tara, Rueben and I walked another section of The Greensand Ridge Walk yesterday - from Haynes to Sandy, here in Bedfordshire. There were more than enough ingredients to make it an enjoyable day out: 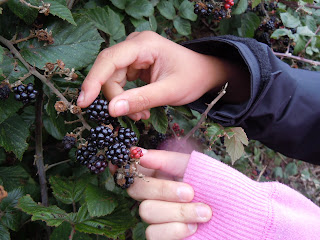 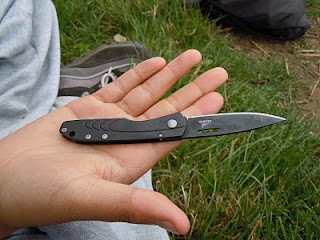 An early birthday present for Rueben 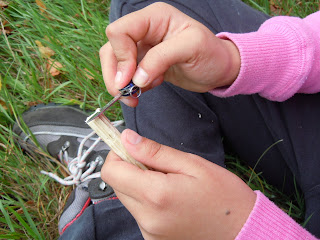 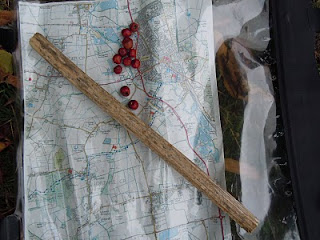 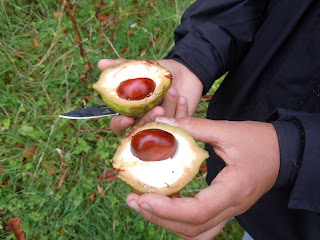 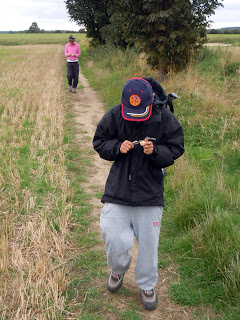 Multitasking (peeling potatoes whilst walking along The Greensand Ridge)

Taking the quote, attributed to Lao Tzu, at face value and ignoring any deeper meaning that "A good traveller has no fixed plans, and is not intent on arriving" may have, and applying it to backpacking is a frame of mind that I aspire to. And it was a condition that I came close to on Sunday thanks to two of my grandchildren - Tara (age 13 this month) and Rueben (12 next month).

They had asked if they could go walking and camping with me so we went on a one-day outing as an introductory test walk at the weekend. They passed with flying colours, covering the five miles effortlessly and, more importantly, clearly enjoyed being outdoors without focussing on getting to our destination, or as Lao Tzu put it "not intent on arriving". It was a salutary lesson for me - something that they did naturally and that I will have to work at to achieve. It's going to be a delight when we go further afield.
On Sunday though, we walked from Woburn to Eversholt and back. 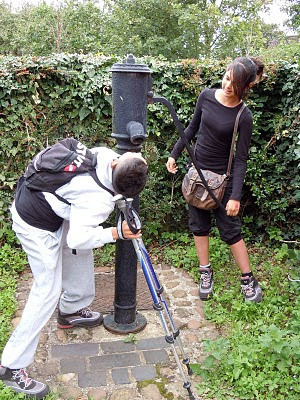 It's a section of The Greensand Ridge Walk - a forty mile route from Leighton Buzzard in Bedfordshire to Gamlingay, Cambridge -shire. For Tara and Rueben there was no urgent need to get to Eversholt where refreshments at The Green Man were a draw for me. They found plenty to explore and see along the way which is mostly over the grounds of Woburn Abbey.
We have now voted to do the whole route eventually, covering some of it in both directions. Our next section is likely to be from Haynes to Sandy - a walk of seven and a half miles as it happens. But that won't be important to Tara and Rueben I'm pleased to say. For them it'll be another day out and a few steps closer to backpacking and camping. 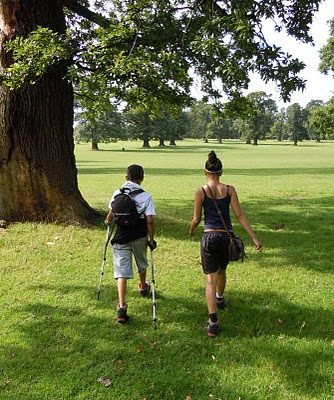