Employing the basic method of measuring a route on a map (marking a strip of paper against the route shown on the 1:25,000 map and then measuring the total length) produced a distance of 15.6 miles between my start point in Caterham along The North Downs Way to my overnight stop at Dorking. In all probability it was less than that but to me, on the ground, on the day, it seemed much more. I put that down to the state of my fitness rather than the condition of the (well manicured) paths of Surrey, downland England. And to my measuring method. 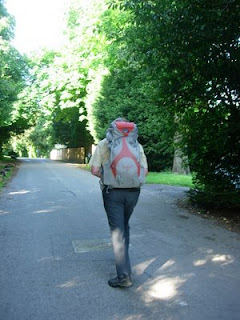 On my way
The reason for the walk was to test my fitness, in particular to see how I would cope with walking a distance in excess of 15 miles. So I set off from Caterham on the morning of Friday 22nd May, spent the night at a Bed & Breakfast in Dorking and returned along the same route the following day.

The section of the National Trail that I walked is a well trodden route and waymarking is fairly good. Despite that, and the glorious weather, and that it was the Friday before a Bank Holiday Weekend, there were few people on the trail. Surprisingly, there weren't many more on the Saturday either. The description of the route is well documented elsewhere so I'll not elaborate here other than to say that there are many interesting places along the way (Reigate Fort for example) and fine views overlooking the likes of Redhill, Reigate and Dorking. 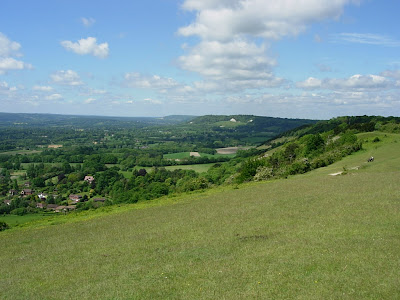 As I said, the aim was to test my fitness. Well, I completed the walk of course and from the knees up I was just great. Plenty of puff. A feeling of elation to be walking with a pack on my back again - the Osprey Exos 46 (made up to a packed weight of 22lbs on this trip) is fantastic. Luxuriously comfortable, practical, attractive - Cool!

My knees and the soles of my feet would tell a different story though. They started to complain after about 5 miles and were really shouting by the end of each day. It may be that it is to do with the way I walk - I have had knee problems in the past and the pain/discomfort was not evident on the uphill sections. However, I'm hopeful that it's more about a need to get fitter. Although I was wrecked on arrival in Dorking, I was fairly well recovered after an early night and a good sleep. It wasn't as bad on the second day either. We'll see. 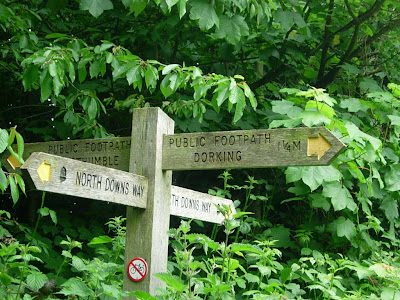 You may benefit from visiting a pediatrist to discuss Orthotic insoles.

Thanks - I agree and it's something that I have been considering.